We help you hire the best videographers, editors, animators for your budget.

Videopixie is a community of 3,000+ video creators available on-demand to film, edit, animate your videos

Just post a project and receive bids from video creators near you. It's free to post. You'll be able to chat with creators in real time, view their work, and select the concept/style you like best.

Made by Creators on Videopixie 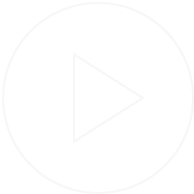 TrackR Bravo (raised $500k+): TrackR needed to show the many use cases for their product. They hired Gregory Frank to make this very effective video. They saved by acting in the video themselves, and by adding only just a touch of motion graphics.

Plektronio: we love this video by Antonis Petroulias for Plektronio's Indiegogo campaign. Just a great mix of interviews and colorful close ups of the product. The simple title sequence matches the spirit of the project perfectly.

Roots and Wing: simple but effective, this video by Taylor Hellhake does a great job of showing the kids being stimulated and learning while having fun. It really captures what the Indiegogo campaign is about.

Xkey Air (300% funded in first week): made by TCA Media on a tight budget (<$4000), this video has all the element of a larger production: actors, motion graphics, premium music, master cinematography.

“ Woah, this is amazing, the video is blowing up and sooooooo much better than I saw coming. Genius! ”